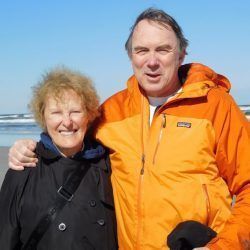 It is exhilarating for Atheists like ourselves to participate in the annual American Atheist Convention.  This meeting brings together atheists from all over the U.S. and some from other countries as well.  We will report on the high points of this year’s meeting, which was held in Charleston, South Carolina, in the days before and during the solar eclipse.  Speakers described for us their atheist personal experiences, local groups, successes and challenges, many in social environments much less accepting than California.  American Atheists leaders updated us on their priorities and initiatives.  A major theme was how we can continue to expand atheism during the current hostile political climate at the national level and in many states.  American Atheists is supporting local activism to help maintain the separation of church and state, which is under serious attack right now.  The Atheist Community of San Jose is one of the 178 local Affiliates of American Atheists; we are loosely linked to the national network.  Our presentation will be interactive; we would like to hear your perspectives on the hot topics that dominated this year’s American Atheist Convention.

Want to support your community and ensure events like this are awesome? http://sanjoseatheists.org/donate/